Innovating is hard. And restarting growth will be most challenging today especially for big brands and large organizations. Legacy and hierarchies slow down change and ensure continuity. Face-to-face meetings build trust, relations, and power networks.

This is the world as it used to be…. but now better be ready for a workplace revolution shaped by dynamics of how remote teams innovate and build digital relations with colleagues, clients, partners.

I always like working with diverse teams. Facilitating team dynamics as a leader of virtual teams felt like being an orchestra director. And I also like inspiring innovation in teams that I coached or trained.

But never before I had been facilitating innovation under a lockdown of a few billion people on the planet.

It has been fascinating to lead the team innovation process and test how our Network Thinking methodology can help build fast virtual teams to incubate new projects, self-organize, build e-team spirit and culture, get aligned on shared goals and foremost learn to influence the teammates and the right people in the key communities.

I witnessed how four virtual teams were formed, stormed, normed. Have you ever thought about how to different is team dynamics for remote teams?

We are very proud at Tataj Innovation to have this unique opportunity to work for over a month with 25+ top innovators, Key Opinion Leaders, influencers, alumni, and industry partnership liaisons at the Eindhoven University of Technology. TU/e is an innovation powerhouse and Eindhoven itself, a modest city of 200k inhabitants, produces 40% of all patents in The Netherlands. Yes, 40%. It’s not a typo.

The goal of the Network Strategy one-month-long online workshop was to build an ecosystem strategy and e-networking skills. Indeed, the project scheduled a long time ago, could not have been more timely for the COVID-19 crisis.

A few months ago, I visited TUe to inspire how to innovate through network thinking. This video was meant to be inspirational in the world that does no longer exists. Is sill inspiration today? 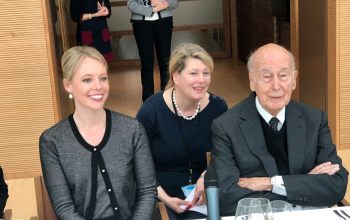 Why I support Erika and a Europe, which will learn how to laugh again

If I ask this question, you will surely ask: Who is Erika?

And this is the right reaction because you probably know why I support Europe. And yet, let me explain.’

The Covid-19 pandemics puts an end to the Europe we know. Europe symbolized by travel with no-passport across 28 countries, affordable education for all smart kids from Eastern Europe, and a sense of pride we belong to a community larger than local animosities and scandal politics.

This is why I signed this open letter to the European Council, the call for solidarity, unity and brave vision  from President Giscard, which you can read in your language, tweet it, post it, share it.

I also support Europe as the cost of non-Europe will be unbearable for most small, eastern, and southern nations Within a decade, the clock will be turned a generation back. With the clock turning backward the dreams of carbon-neutral Europe by 2050 will die. The climate-friendly future Greta Thunberg is fighting for, and my anonymous daughter, who turned vegetarian to limit her carbon footprint.’

But I support Europe because I love freedom, believe in human rights, and remember the tanks in the street of Warsaw in 1981 when the marshal law banned children’s movies from state-controlled television. This is why I signed the letter written by Mr. Giscard d’Estaing.‘ He was the charismatic President of France whom I admired as an 8-year-old girl from Zabrze in Silesia, a coal-mining city where I was born. I signed his letter which calls for solidarity, unity, and courageous vision, a vision which he spelled out speaking in the European Parliament which the text does not say so simply. When I met him in person in April 2019, with a big smile, he called for Europe which was happy!’

Now, you deserve to who is Erika:)

Erika Widegren is a director of a Paris-based think tank,’ Re-Imagine Europa created by MR. Giscard. I sit on its board along with colleagues whom I hope to meet in person like Magdalena Adamowicz, a member of the European Parliament and wife of the assassinated President of Gdansk, or Enrico Letta, former Italian Prime Minister, as well as my trusted colleagues Commissioner Carlos Moedas, with whom I worked for many years, and Prof. Castells, with whom we laid foundations for the EIT European Institute of Innovation and Technology.

I support Erika because we need young leaders who can connect Europe’s glorious past with Europe’s troubled future. I trust her when she writes that Re-Imagine Europa was created as an ‘incubator’ for new political ideas to act as a convener, catalyst, and communicator to reimagine our future. Daria trust she will keep her promise so that Europe learns how to laugh again.

Share our open letter via Twitter. And dare innovate to make Europe learn how to laugh again. 🙂 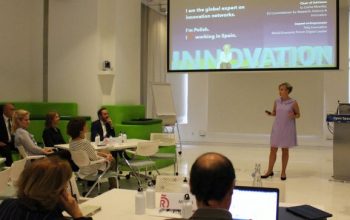 Dr. Daria Tataj gave a keynote to 20 CEOs of leading Spanish brands. The keynote took place in Madrid at the Open Innovation Space of BBVA, a member of Brands of Spain (Marcas Renombradas). Her keynote has been followed by a workshop with Genetikomm, an innovation strategy firm. The CEOs explored the Network Thinking methodology and strategized on how to grow their business in the global market. 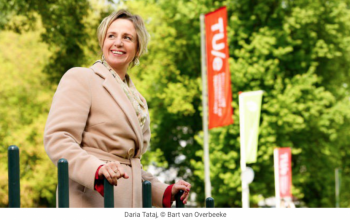 Network Thinking helps transform cities into innovation hubs. Read an interview with Dr. Daria Tataj about Eindhoven University of Technology and the transformation of Eindhoven into an entrepreneurial city.

We have interest in connecting with CIOs of progressive companies which help make cities more “livable.” Need to know how to measure your own impact? Get expert advice and read the interview with Dr. Daria Tataj on impact through Network Thinking.